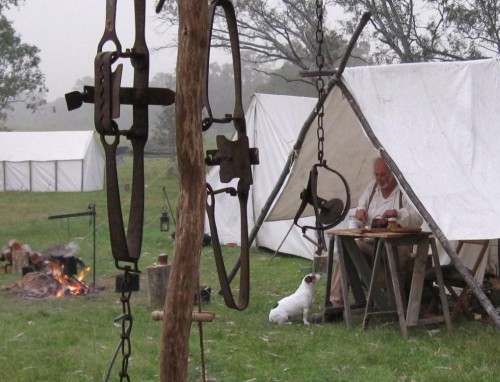 Come on, there’s a storm coming, are you gonna share, or what? – Photo by Kevin

Who says ya can’t grow anything in Oregon? Wanting to know more about turkey hunting in the U.S., I was trapping on the Web and came upon the following – “Turkey hunting is growing in popularity nationwide and in the West. The National Wild Turkey Federation estimates there are now more than three million turkey hunters nationwide. While 3,720 people hunted turkey in Oregon during 1990, last year 16,493 people hunted turkey in the state and hunters can now participate in both a fall and spring season.”

“Turkey hunting isn’t ingrained in our heritage like it is in eastern states, but hunters are picking it up out West,” says Ryan Mathis, National Wild Turkey Federation regional biologist. “People are turning it into a family tradition like deer or elk camp or the opening day of dove or waterfowl season, and hunting on the millions of acres of public land available in the West.”

Well, there you have it – turkey hunting as a family tradition is growing in Oregon. Not just in the fall to provide the Thanksgiving dinner, but in the spring also. Again I quote “Those that don’t get a chance to fall turkey hunt can go during the state-wide spring season April 15-May 31, 2009.” Now these spring season dates correspond to our autumn (fall), so it seems appropriate that we should support family traditions by conducting a simulated turkey shoot at our May rondyvoo. Would you not agree?

(with thanks to Rosemarie)
Leather aprons have been worn by men in various occupations such as the pioneers in military regiments, butchers and blacksmiths to name a few. But it is of printed cotton or linen worn by our women folks that we generally associate this wonderful garment. 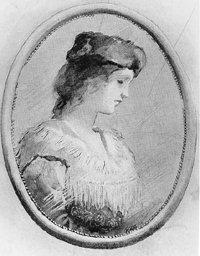 Sadly, I don’t think our kids know what an apron is – Here’s a little tale for those that have no idea how the apron played a part in our lives. The principal use of a woman’s apron was to protect the dress underneath, because she only had a few, it was easier to wash aprons than dresses, and they used less material, but along with that, it served as a potholder for removing hot pans from the oven.

It was wonderful for drying children’s tears, and on occasion was even used for cleaning out dirty ears. From the chicken coop, the apron was used for carrying eggs, fussy chicks, and sometimes half-hatched eggs to be finished in the warming oven

When company came, those aprons were ideal hiding places for shy kids. And when the weather was cold, grandma wrapped it around her arms. Those big old aprons wiped many a perspiring brow, bent over the hot wood stove or a hot water copper.

Chips and kindling wood were brought into the kitchen in that apron. From the garden, it carried all sorts of vegetables. After the peas had been shelled, it carried out the hulls. In the fall, the apron was used to bring in apples that had fallen from the trees.

When unexpected company drove up the road, it was surprising how much furniture that old apron could dust in a matter of seconds. When dinner was ready, Grandma walked out onto the porch, waved her apron, and the men knew it was time to come in from the fields to dinner.

In 1782, at the siege of Fort Henry (now Wheeling, West Virginia), sixteen year old Betty Zane, bare footed in skirts and apron, risked a 60 yard sprint from the Fort to an outer block house store in the face of some 230 hostile Indians and 40 British soldiers. Filling the folds of her apron with many pounds of black powder she braved the return dash under concentrated enemy fire. Uninjured, her bullet torn clothing bore testimony to the desperate affair and to her narrow escape; her laden apron relieved the critical gunpowder shortage of the defenders of the fort, and saved the day for all.

Betty later married, had children and lived a full life. A statue of Betty carrying her apron filled with gunpowder was erected in her honour at the old Walnut Grove cemetery Martins Ferry, Ohio, her final resting place.

It will be a long time before someone invents something that will replace that old-time apron that served so many purposes. But times do change – Grandma used to set her hot baked apple pies on the window sill to cool. Her granddaughters set theirs on the window sill to thaw. Our Rendezvous ladies certainly wear aprons to protect their too few dresses whilst simulating hard times, re-enacting the poverty of the frontier era.

Some folk would go crazy today, trying to figure out how many germs were on those well-worn aprons. I don’t think I ever caught anything from an apron ……except love! 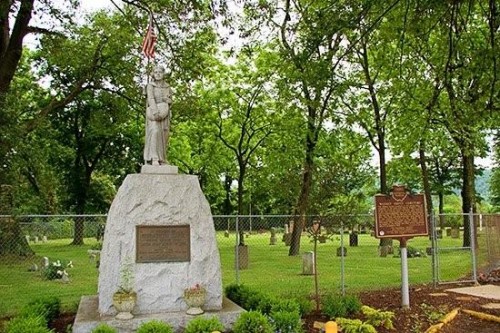 This memorial features Betty Zane with her apron heavily laden with black powder.

Plan ahead….. Events & encampments programmed for 2009

We received an invitation to join The Council of Muzzleloaders and Black Powder Shooters Victoria Inc., and after Committee discussions, proceeded with the application. Membership involves a small annual fee with minimal meetings, but provides us a voice and vote on the Shooting Sports Council of Victoria thus gaining direct access to Government decision making forums.

This column is saddened by losses suffered in the horrific bush fires across the State. John Morland and partner Annie who had gone out for the day were devastated to return to burned ruins and lost pets, while at Kaceen Garden Ornaments, Kevin & Robyn Norris’s manufactory and office were totally destroyed, but their house saved. All Victorians have been affected by the huge loss of life and property.

Seems we had picked on Ratus wrongly in the last issue. Turns out old Ratus is 1839 vintage rubber and not just a 21st Century plastic rat. However, suggestions that we had banned a child’s toy were simply unfounded. More out of character at last camp were the LED torches that appeared after dark, and our President has requested that our Rendezvous Guidelines be reprinted & re-read as stimuli to retain authenticity.

General Etiquette – All shelters must be constructed of pre 1840 type materials, such as uncoloured canvas, oilcloth, hides or wool blankets. Wooden tent poles. Tent ropes should be hemp or sisal – no nylon. Clothing materials and patterns should conform to the pre 1840 fashions. Cooking and eating wares should be made of iron, tin, pewter, wood or horn. Enamelware is not historically correct, but may be tolerated for new chums. Oil lamps (not kerosene) and candles are the appropriate lighting.

No portable television, radios, ghetto blasters or generators. Please, no chopping of firewood during early morning hours. Chain saws not to be used during the scheduled event. It is not etiquette to leave modern cigarette butts, empty drink bottles or cans littering any camps. Actually, none of these items are correct for the era. Please try to use period style alternatives.

This was something quite new for us, although Bob Ellis has been exhibiting his tent wares here for many years. And don’t the Alternate crowd just love canvas dwellings? 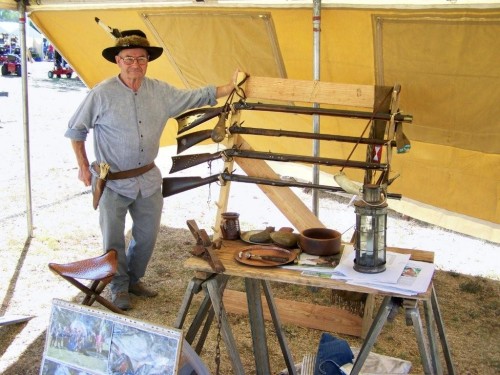 Thousands of visitors were fascinated with our Trapper lifestyle display. Jim and Bob, who were inundated with questions from an interested audience, barely found time for a cup of tea; whilst Glen & Anthea Mitchell, John Morland, Clive & Veronica Brown, Henry & Karen Hauser, Bernard, Judy, Andrew & Sharon Shaw and extended families were all familiar faces to Rondyvoo enjoying the display.

Glen returned to lend a hand on Sunday, dressed in his preferred outfit, and bringing additional display items including some magnificent photos from earlier rendezvous days. Our thanks to Bob, Jim and Glen for a terrific Club publicity achievement!

A cased belt axe and other useful alternate farming tools.

Please note: Annual subscriptions are due as at 31st March. Same low rate of $20 per adult member. Not payable at Rendezvous’-Please forward your cheque or money order direct to our Treasurer – Murray Convey, 2806 Colac / Ballarat Rd, Dereel 3352.

Several small changes were adopted in February. We have registered a new address for our website. This identifies us as a non-commercial Australian entity for easier locating. The home page now opens immediately to our latest newsletter. Previous subscribers for new entries will continue to receive notifications. Bookmark our new address which is simply http://freetrappers.org.au

Remember toms are not actively looking to mate this time of year like they are during the spring, so different calls and tactics are needed for fall turkey hunting. Practise your calling technique! There’s going to be lots of fun shootin’ at our May camp. A few gags, plenty of giggles, and lots of Gobble, gobble, gobble!